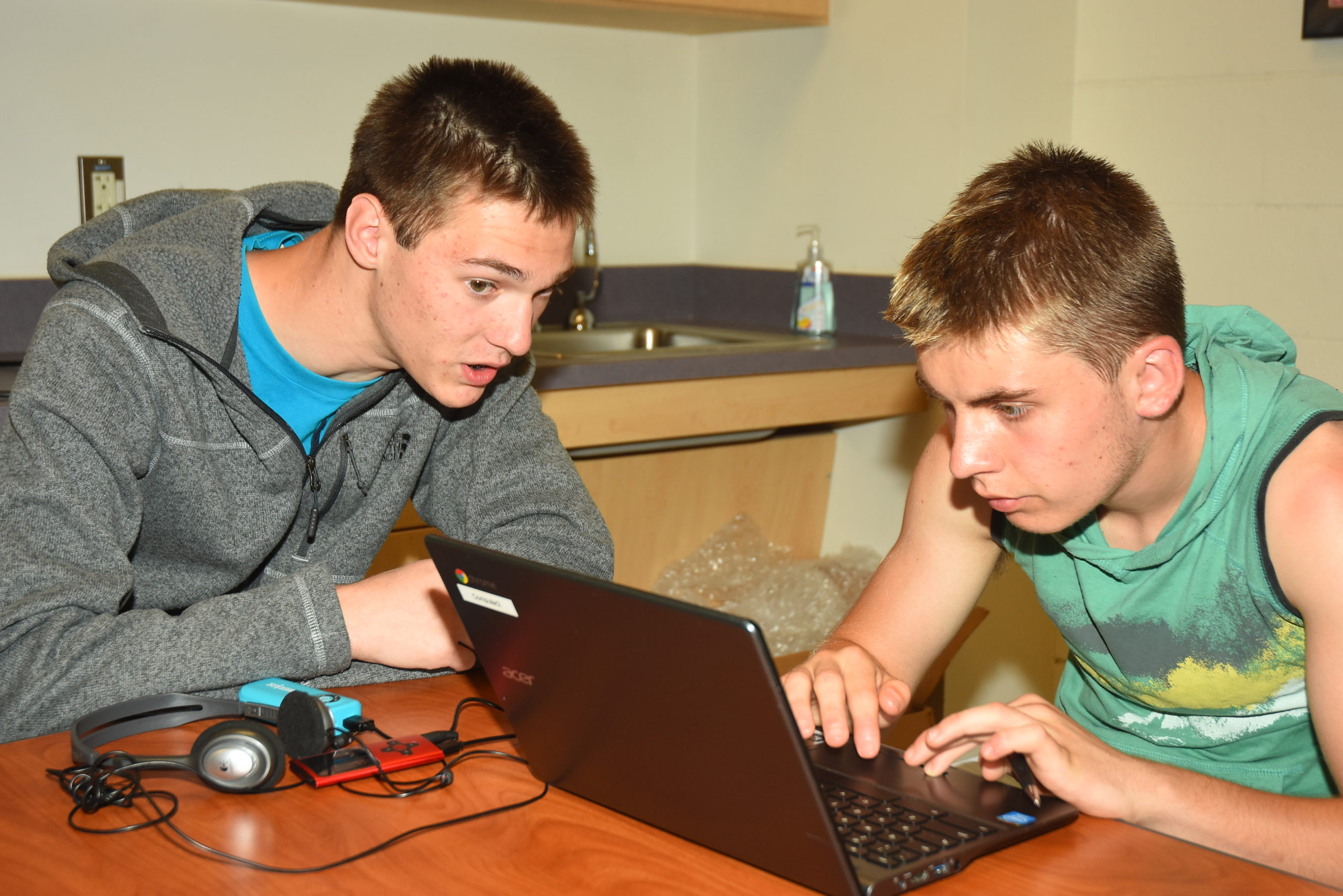 If you are reading this, then like me, you know how amazing Brian, Reema, and the entire staff and program of Camp Sequoia are! My son benefitted tremendously from his time at camp: he found peers and adults who understood and accepted him; he was empowered to be a leader; he was helped to self-reflect, problem solve, and advocate; he learned how to meet expectations that challenged his skills and preferences; he developed confidence; in essence, his strengths were celebrated and empowered and the challenges he had were not simply seen as difficult behaviors; instead, they were seen as a part of a bigger picture and addressed from the “bottom-up” rather than punished from the “top-down”.  While the team at Camp Sequoia may not have used the terms, “bottom-up strategies” or “top-down strategies”, they certainly knew and continue to know the importance of seeing and uncovering what lies beneath the surface of challenging behaviors in kids with ADHD and addressing the root of those behaviors from the bottom-up.

As parents of kids with ADHD, we sometimes experience challenging behaviors with our kids on a daily, if not hourly basis. Historically, we are taught that to decrease those types of behaviors, we should use rewards, punishments, and other behavioral approaches (aka top-down strategies). We, however, know that none of those approaches work, and in fact most often, just make the situation worse.  As part of my work as a coach of neurodivergent people and their parents, I hope to increase awareness of this truth and share the good news that the amazing people of Camp Sequoia have known for years – there is another way – and it starts with seeing the challenging behaviors through different eyes!

In fact, leading experts in the field of ADHD like Thomas Brown, Ph.D. are advocating for a change in the way that ADHD is seen and known. Instead of being understood primarily as a behavioral disorder, Dr. Brown and others are advocating for ADHD to be seen as a development delay of the self-regulation management system, namely the executive functions, of the brain. Mona Delahooke, Ph.D, advocates along those same lines in her most recent book, Beyond Behaviors, for us to beyond the behaviors and more importantly to see what might be going on for the child that might be directly impacting the child’s ability to behave.  In her book,  she presents this new model for understanding these challenging behaviors which she refers to as the developmental iceberg. We only see behaviors (aka the part of the iceberg that is above the surface of the water) but there are parts of the iceberg that lie below the surface of the iceberg which contribute to and result in the behaviors themselves.

Dr. Delahooke goes on in her book to differentiate between top-down behaviors and bottom-up behaviors. Top-down behaviors are behaviors that people intentionally choose; they require logic and reasoning and can be used to manipulate or control. For years, people have assumed that people with ADHD have these willful, intentional top-down behaviors and have therefore been using what Dr. Delahooke describes as “top-down” strategies (aka rewards and consequences), but we all know these strategies don’t work; they require people to use their pre-frontal cortex and they rely on logic, reasoning and executive function skills,  which as  Dr. Brown shares are delayed in people with ADHD.

Dr. Delahooke suggests that what we are seeing in many children, including those with ADHD, are not top-down behaviors, but rather,  “bottom-up behaviors” which require bottom-up strategies.  When challenging behaviors are bottom-up behaviors, they are driven by things that are not willful or intentional and many times are impacted by neurobiological or physiological factors that are beyond the control in that moment of the child. They the things such as executive functions, sensory processing, trauma, the autonomic nervous system, memories, emotional development, hunger, sleep deprivation, etc. and they are the underlying contributors and cause of the challenging behaviors which are in essence a child’s way of saying, I am overwhelmed and don’t know how to handle myself right now.

And so, if we want to help a child who has challenging behaviors, as Dr. Delahooke says, “the first question to ask is: Is the behavior’s etiology top down, or bottom-up?” 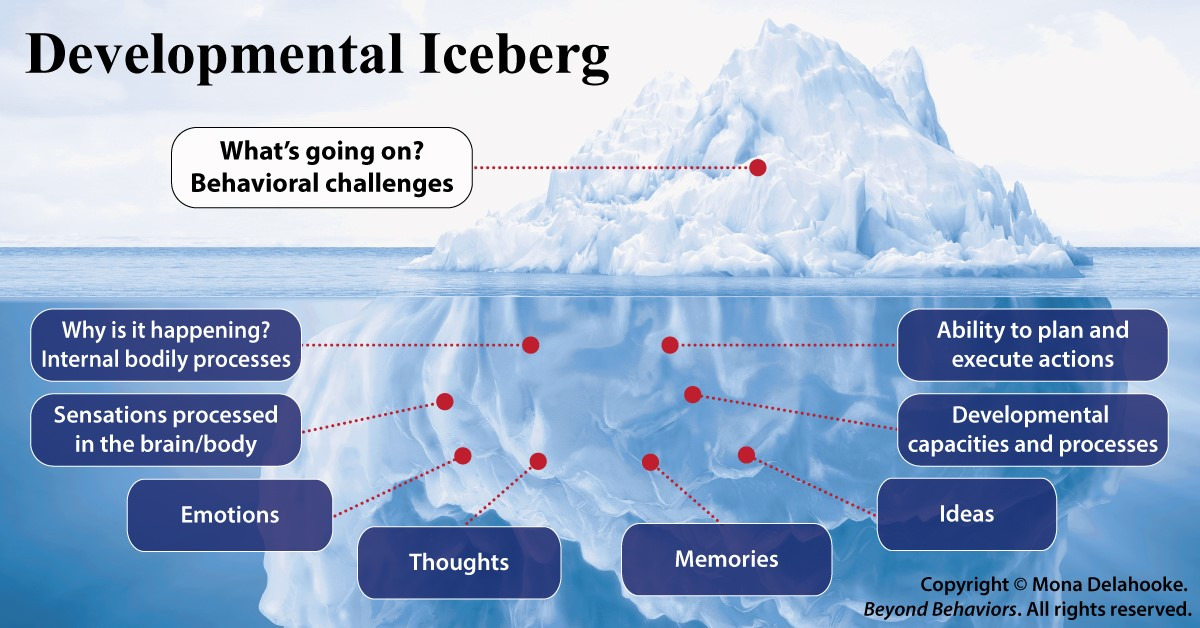 By accepting that not all behaviors are top-down, and that ADHD is not a behavioral disorder but a delay in self-regulation and executive skills, we create opportunities to respond to kids in ways and with strategies that address the underlying challenges they are facing (instead of creating an even bigger challenge as most often happens when we use a top-down strategy for a bottom-up behavior).

As Dr. Ross Greene says,  kids do well when they can, and using a bottom-up approach for kids with ADHD presumes this belief and sets the stage for greater understanding,  greater collaboration, greater skill building, greater empowerment, and ultimately greater success for all involved – just like they do at Camp Sequoia!

Courtney Edman is a proud Camp Sequoia parent and the owner of 2tametheshame a coaching service for neurodivergent teens and young adults. She can be reached at the contact information below:

Your Ally in Compassionate Curiosity, Transformation, and Thriving 508-789-4849