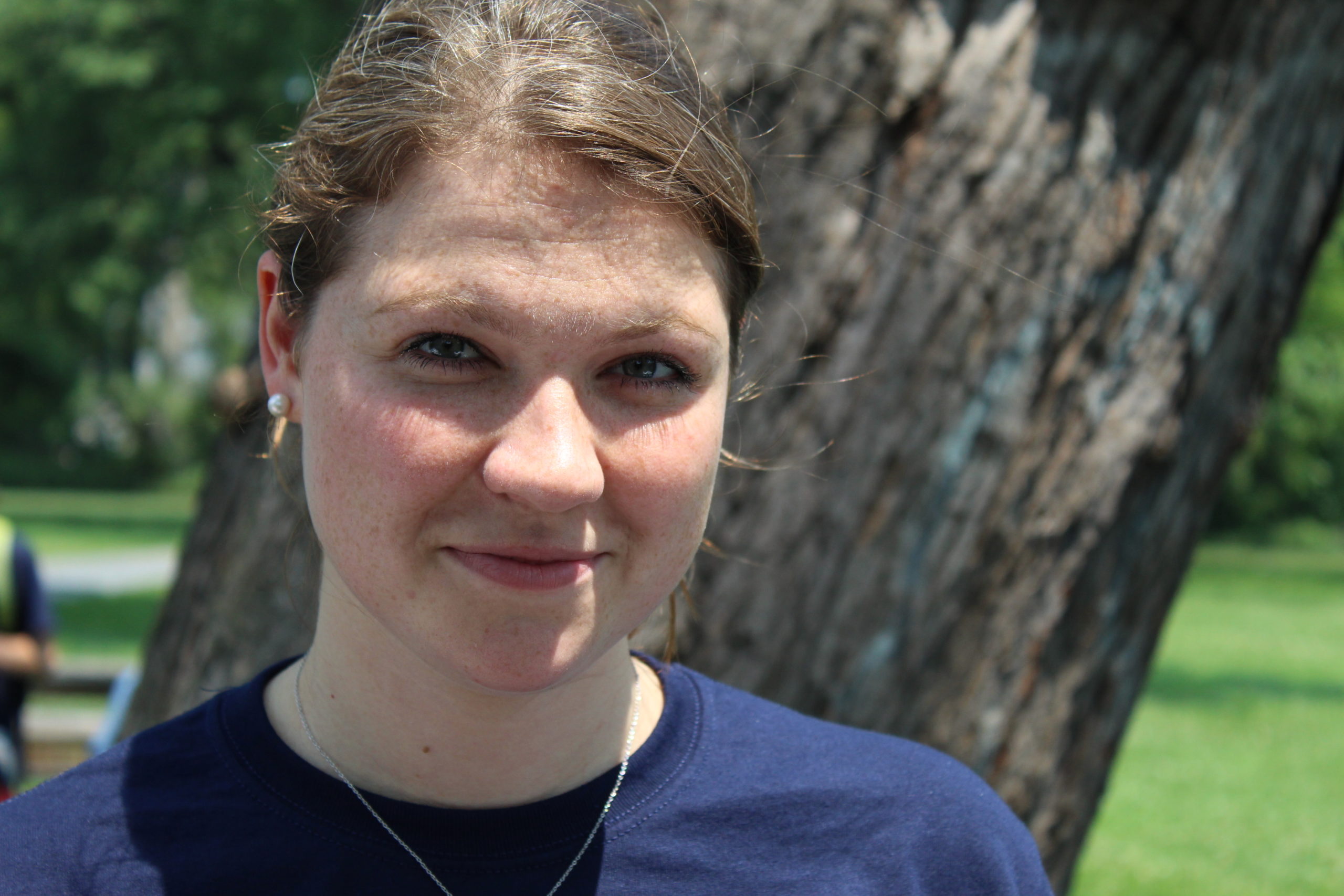 Under the Radar: ADHD in Females

Attention-deficit/hyperactivity disorder (ADHD) is a neurodevelopmental condition with commonplace in diagnostic classification systems (ICD-10, DSM-5).1 It is currently classified into three subgroups: predominantly hyperactive, predominantly inattentive, and mixed presentations. Symptoms cause significant impairment across social domains and persist over time. It was once thought that ADHD was only a disorder of childhood, but emerging longitudinal studies are proving persistence of dysfunction through adulthood. Symptom expression changes as a child progresses through adolescence and adulthood, which is why many providers thought children grew out of ADHD. (1)

Prevalence of ADHD is estimated at 7.1% in children and adolescents and 2.5-5% in adults. (1) The prevalence difference between sexes is well documented; boys will receive a clinical referral over girls in ratios ranging from 3:1 to 16:1 depending on population. The discrepancy is significant and highlights that many girls and women have traditionally remained unidentified and untreated. (1) Females with ADHD often show different symptoms than their male counterparts, creating an overall different clinical picture. A better understanding of ADHD in women is needed and may lead to modification of the current diagnostic criteria. Treatment for ADHD women should reflect the very needs that make their experience of the disorder unique. This report reviews recent peer-reviewed literature regarding the clinical presentation, suggestion for improvement in the diagnostic process, and treatment of ADHD in women.

Literature On ADHD in Women

Much of the literature claims an overlap in ADHD clinical presentation of males and females, but this is based on studies with predominantly male samples. Despite this, it has been found that women can present with: both inattentive and hyperactive symptoms, perceived lower symptom severity due to less frequency of hyperactivity/impulsivity, inattention, late-onset (particularly during times of social or educational transition), self-awareness of dysfunction, and hormonal symptom exacerbation. The general lack of hyperactivity and ability to mask dysfunction for the purpose of gaining approval from peers and adults are the main reasons for delay in diagnosis.(1)

Women who were not identified in childhood will often initially self-present to their primary care after realizing their own executive dysfunction. This self-realization occurs most often during early adulthood, which is when many women are in the educational transition from secondary to undergraduate education. (1,2) The early college age population of ADHD women is particularly at-risk for substance abuse (frequent and binge drinking, ilicit drugs), higher rates of depression, and lower GPA than their neurotypical peers. (2)

As ADHD women age through adulthood, even with a lack of formal diagnosis, they are subject to much higher odds of additional mental and physical comorbidities than neurotypical women. (3) These include but are not limited to depressive disorder, dysthymia, bipolar disorder, generalized anxiety disorder, social phobias, abuse, insomnia, limitations in instrumental activities of daily living, debilitating pain, and serious suicidal ideation. (2,3) Any number of comorbidities combined with the executive dysfunction and emotional dysregulation of ADHD can leave women with significantly lowered quality of life in home, social, educational, and financial, and employment environments. (4)

The Drawbacks of Going Without a Diagnosis

Missing a diagnosis of ADHD in females can cause a lifetime of dysfunction that is easily improved with treatment. Primary care providers are often the first line of screening for females in the setting of ADHD, because of the historically low rate of referral from family, teachers, or pediatric providers. Primary care providers face barriers to properly diagnosing ADHD in either gender, including: lack of confidence in treating ADHD due to poor initial training, general stigmas & misconceptions, time constraint compared to condition complexity, general uneasiness with ADHD medication, and lack of awareness of local behavioral health specialists. (6)

There are tools available to assist primary care providers in assessing whether symptoms were present in childhood, which is especially pertinent in the case of women who self-present to during early adulthood. (7) ADHD is highly heritable, potentially with sex-specific genetic associations, so providers should utilize family history in increasing ADHD diagnostic confidence. (8) There is very little evidence regarding this concept of adult diagnosis of ADHD in women, and one recent longitudinal study further suggested exercising caution for assessing adults for ADHD after childhood. (9) In addition to family history, a thorough developmental history and corroboration of symptoms with an informant who knows the patient well can help discern neurotypical patients from those with ADHD. (8,9) Exerting this effort into diagnostic consideration for women who self-present with executive or emotional dysfunction is paramount to avoid missed diagnosis in this population.

The Benefits of Treatment

ADHD medications have consistently proven to improve daily functioning and quality of life in symptomatic adults. (10) Stimulants, including various forms of methylphenidate and dextroamphetamine, have proven efficacy for ADHD and are first line treatment. (10,11) In the approximately 25-30% of patients with symptoms not adequately controlled, non-stimulants such as atomoxetine, clonidine HCL extended release, or guanfacine extended release can be added or substituted. Adult patients with ADHD have a mixed perception of taking stimulant medication, where necessity and concerns are weighed.

Perceived needs include desire to improve ADHD outcomes, benefits of medication, fearing life without medication, potential limited ability to self-control, and lack of alternative treatment options. Concerns include initial negative opinions of stimulants, forgetfulness, stigma associated, side effects, potential for dependency, and cost. (10) Women are equally subject to this deliberation over stimulant treatment but are significantly less likely to be prescribed pharmacotherapy for their ADHD at all ages.11 This is despite similar symptom improvement rates when compared to males. There is potential that different pharmacological approaches to ADHD have their own unique effect on males and females, but further pharmacokinetic studies need to be performed in female populations to legitimize the concept. (11)

Non-pharmacological treatment of ADHD has proven to be an integral part of lifelong condition management. These treatments include cognitive-behavioral therapy and psychoeducation and are still usually prescribed as adjunct to medication. (12) Research examining interventions for women with ADHD is largely absent, but one study explored an originally developed program of occupational therapy. This study consisted of 25 women who met with occupational therapists once a week for seven weeks to develop executive dysfunction coping mechanisms. (12) These coping mechanisms included the establishment of daily/weekly routines, organization of personal physical environment, time management education, monitoring and regulation of optimal sensory stimulation levels, and stress management education. This program was partially successful, but it was found that the mechanisms would take longer than seven weeks to fully integrate. (12)

Despite the many difficulties that come with identifying ADHD in females and receiving treatment, Camp Sequoia believes that neurodiverse girls deserve the same benefits and opportunities that our specialized program provides their male counterparts. We look past labels–or lack thereof–and speak directly to professionals, families, and prospective campers to create specific social and developmental goals for our female campers in order to help them become the best versions of themselves, even if they have not been able to get officially diagnosed.

To learn more about our girls program, feel free to email us at office@camp-sequoia.com. For additionally parental resources on ADHD and 2E, please check out https://www.camp-sequoia.com/blog/adhd-resources-for-parents/ We also also happy to chat with you via our website or by phone at 610-771-0111.